The former managing director of Five Star Tours recently filed for bankruptcy and closed down his transport company, going from tycoon to hawker’s assistant in a matter of months. After the demise of his company (which he started in 1990 with his four brothers and built from the ground up) he spent some time at home but then got back to work as (wait for it) a hawker’s assistant. 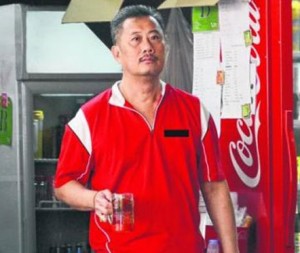 No doubt Lim’s decision to slog it out has something to do him owing backdated CPF to staff and small claims to customers who were left in the lurch. Don’t get us wrong, he ain’t no hero, but there’s definitely a few lessons to take away from this former taokay. 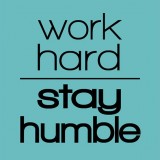 At its peak, his company had eight outlets and even sponsored S-League team Geylang United. But that didn’t make Lim too proud to put in the long hours and work at a coffee shop drinks stall run by one of his relatives. Serving drinks for 10 hours a day is a long way from being MD in an air-conditioned office and in his own words he is “exhausted”. Perhaps Lim remembers his modest beginnings working at a biscuit factory at age 13. Still, it’s amazing that success didn’t get too his head and he was able to set his ego aside.

Hindsight is always 20/20, but the opening of the casinos was not a surprise. This could have been planned and prepared for well in advance, especially considering Singapore-Genting was Five Star’s key pillar. Had strategies for alternative business incomes been in place well before the opening of MBS and Resorts World it may have lessened the blow to profits.

3. Stay and Face The Music

Okay, unquestionably, Lim needs to sort out the CPF he owes to his former staff (many of whom are being assisted with the transition by the NTUC) and settle debts to customers who were let down. But just think back to how many directors you’ve heard about who have fled the scene as soon as business went bad. Lim sticking around and making multiple trips to the Insolvency & Public Trustee’s Office and CPF board (which, he jokes are conveniently located close to his new “office”) shows he’s willing to be accountable for his actions, and doesn’t consider himself above the law. You’ve gotta respect that. 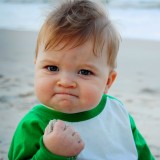 No one would argue that the chips are down for Lim. But his faith in himself has not been doused, “I am just waiting for my chance to go back to what I once was.” he told The New Paper. [http://www.tnp.sg/news/ex-tour-agency-boss-turned-stall-assistant-down-not-out#sthash.O3MJC3C4.dpuf]

And you know what? Somehow we believe him. If anything Lim is proof that it’s not how you fall off the horse, but how you get back on that counts. Valuable business and life lessons for all. Jia You, Mr Lim!