The National Solidarity party’s setbacks haven’t stopped since secretary-general Hazel Poa’s departure. First, Steve Chia decided to abandon the contest in MacPherson SMC, citing “online abuse” as the reason. I hate to be Captain Obvious, but if you’re running for office and you were involved in a nude photo scandal with the hired help, then you can bet that these shenanigans will be discussed on social media. The party’s woes are far from over: today, CEC member Mohammed Fazli Taip resigned from the party, saying that he was “disappointed” with the CEC’s decision to create a 3-corner fight in MacPherson SMC. Responses on social media to the NSP’s CEC departures and withdrawal from MacPherson SMC have dispelled a long-held myth about Singaporeans, with many droll quips about what the party’s name really stands for, ranging from “Not Solid Party” to “Non-Stop Parting.” Who said Singaporeans aren’t creative?

The PAP’s team for Pasir-Ris Punggol GRC has been announced, with new candidates Sun Xueling and Ng Chee Meng joining Teo Ser Luck, Janil Puthucheary, and Zainal Sapari. Ms Sun is an investment director, while Mr Ng is the former defence chief. So far, neither of them have been spotted eating orh luak or getting upset about other people eating orh luak, so I think they’re doing okay so far. 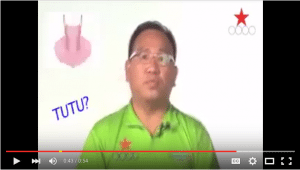 The Singapore Democratic Alliance has released their GE2015 manifesto, and the nation is heartbroken that the manifesto was not accompanied by an amusing video about our “choigers”. No tutus were mentioned in the manifesto, sadly. What the manifesto did include was proposals on housing, education, transport and healthcare, along with liberal and alarming use of the phrase “true-blue Singaporeans.” Here are some interesting snippets:

“We will preserve a “Singapore for Singaporeans” value strongly, where in everything essential and beneficial, it will always be “Singaporeans First”.”

CPF: Do away with minimum sum, allow people to withdraw monies from CPF

Housing: More rental units for young couples waiting for their flats to be built, sell flats at 10% above “raw price” for those who cannot afford open-market or BTO flats. No using CPF monies for housing.

More details would be great, particularly on how people are going to afford payments for their HDB flats without using their CPF monies or gold-producing leprechauns.

Education: Do away with streaming in schools

You know what? Doing away with streaming is the only vaguely sensible proposal I have read in this entire manifesto.

That’s all for today, folks! Come back tomorrow for more GE2015 updates!