ooh. how do we say this?

Er… dear opposition parties, about the sexy concept of minimum wage… this is kinda awkward, but it really needs to be examined.

Been catching up on all the calls for MINIMUM wage.

Like do you even know what you’re asking for, bro? 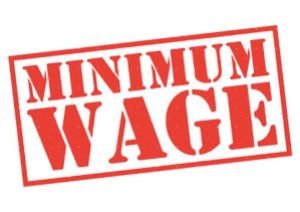 Emotive electioneering is par for the course in partisan jousts, but I think we have to stay realistic and come to grips with the harsh truth: that so long as Singapore is a price-taker in the GLOBAL economy, the calls for a NATIONAL (i.e. across the board) minimum wage are naively utopian at best – and woefully self-detrimental at worst.

What low-wage earners need most are skills and knowledge to up their productivity (i.e. earnin’ power AND negotiatin’ strength) for betta REAL wages in the sustainable long-run, not some academically prescribed price-tag that looks and feels gd, but ultimately gets u priced OUT of the mkt.

Even the US ain’t immune to this double-edged sword…

Finding the minimum wage a sexy concept, is a showcase of how we are still stuck in 1990s politicking, and mind you, not as politician, but as the audience.

The minimum wage provides ample fodder to politicians and economists who debate the pros and cons of this controversial law. In the United States, employers must follow a federal minimum wage, and some states and cities have imposed an even higher minimum wage within their jurisdiction. Although advocates point to the need to provide a fair hourly wage to workers, opponents cite several major problems with the minimum wage system.

Don’t get me wrong: We absolutely DO hafta care and intervene for the less advantaged, but “soft hearts must be tempered with hard heads in full and unrelentin’ cognisance of the immutably uncomfortable and unpalatable facts of life, such that we play the cards we’ve been dealt with as savvily as possible.” – (don’t look at us like we just invented the wheel.) We read this on Facebook.

In other words: We rely on both early-life and lifelong education for sustaining social mobility – tho of cos, needing to be refined/enhanced as we go along, Together, as one.